State of fasting every day of the year

In Rohingya camps, where hunger, thirst and difficult living conditions continue every day, the state of fasting for the people continues every day of the year.

Living conditions were already very difficult in camps where adequate food and clean drinking water are limited. On top of these difficulties, as a result of the fire in the camp, the Rohingya faced even more severe conditions.

We've been there since day one..

From the first day, we continue to be on the side of our Rohingya brothers and sisters, providing support and assistance. The construction of hundreds of bamboo houses, toilet-shower and masjids that we made within the framework of the "Arakan House" project continues without interruption. The third stage of the bamboo houses built within the framework of the "Arakan House" project was completed and delivered to the families. We have previously provided those who live in the camps with of chickens and milk goats to feed themselves. 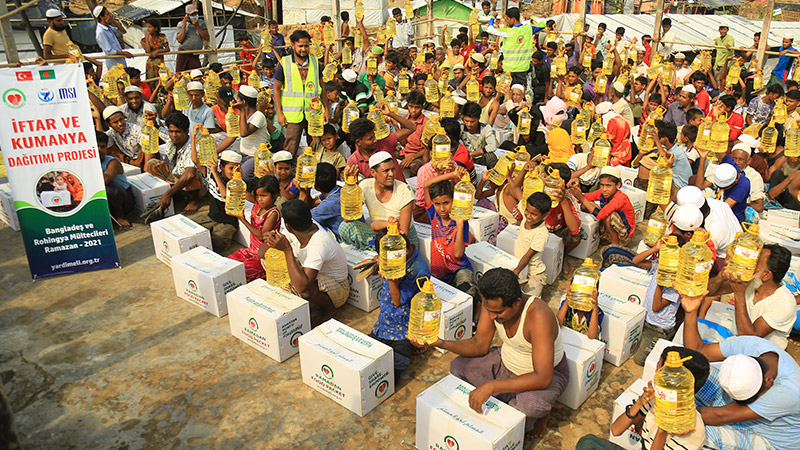 The fire made life more difficult

A fire broke out in the camp where the Rohingya were staying, and houses made of tents, tarpaulin and bamboo wood burned to the ground. As a result of the fire, which spread quickly with the effect of the wind, 10 thousand shelters were burned, 60 thousand people were affected, and support and relief efforts were immediately started by Yardimeli teams.

After the fire in the Rohingya camps, hot food and food packages were distributed in the camps. 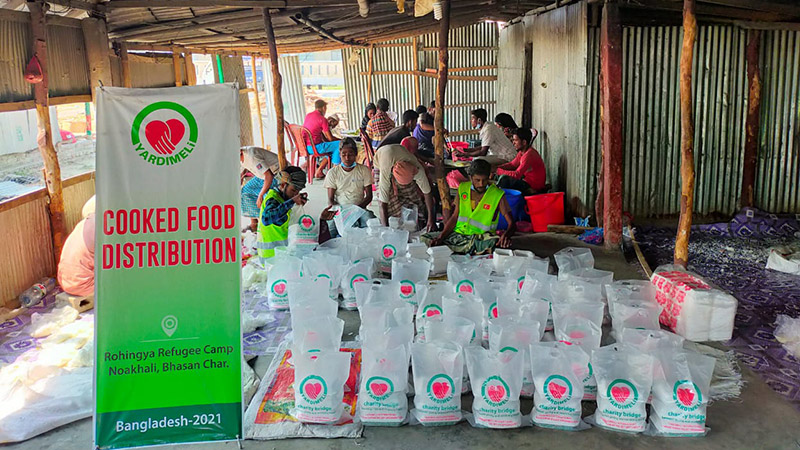 Efforts were immediately launched to alleviate some of the conditions that had become difficult as a result of the fire. The previously determined Ramadan budget was increased and the distribution of hot meals and food packages was accelerated every day in the camps.

Construction of bamboo houses for families whose homes and belongings were burned and aids in clothing and health were initiated. Action has been taken so that families can get their homes where they can shelter before the approaching monsoon rains.

Given that Bangladesh has difficulty in providing, housing, and employing its own people, the conditions under which more than 1 million Rohingya refugees are is obvious.

We will continue to do all we can for the Rohingya refugees, to whom the worlds eyes are almost blind due to Buddhist persecution and the coup and political crisis in Miyanmar, where the possibility of returning to their territory is not possible anytime soon. 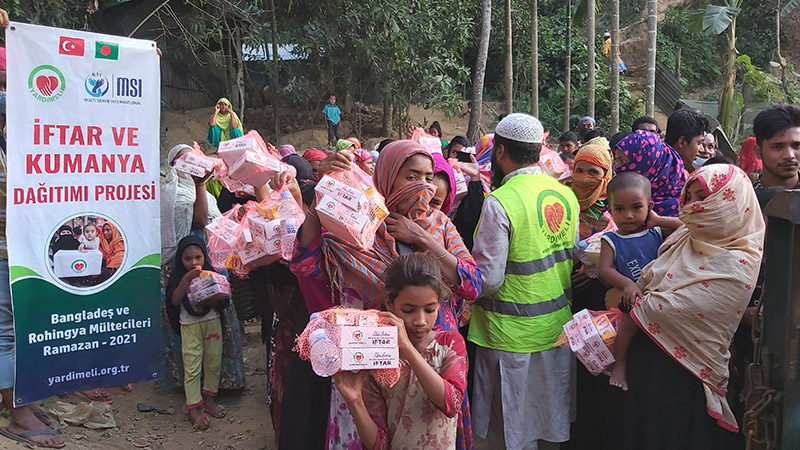 We will be with the victims and oppressed Rohingya with all kinds of humanitarian aid materials and basic needs products, whether it is bamboo houses, masjids, toilets, other common social spaces and food. Our donators have shown great sensitivity since day one.

And we have taken as a duty: we are near to the oppresssed, distant from the wrondoers. The Brotherhood knows no distance. If there are people lying hungry somewhere and we can sleep comfortably knowing it, our dreams have been stolen!

We are the children of a civilization and followers of a religion whose hearts are filled with goodness for the oppressed and with reproach for the oppressor.