PPakistan faced its biggest flood of the century in 2010. The flooding, which began as a result of heavy downpours in the provinces of Khyber Pahtunkhwa, Sindh, Punjab and Balochistan, has caused extensive damage to the Indus River Valley and nearly a fifth of Pakistan has been flooded.

Turkey has a historic fraternal bond with the Islamic Republic of Pakistan. It is one of the most populous Muslim countries with a population of about 200 million.

We've always been there for our brothers

Pakistan faced its biggest flood of the century in 2010. Flooding caused by heavy downpours in the provinces of Khyber Pahtunkhwa, Sindh, Punjab and Balochistan has severely damaged the Indus River Valley and nearly a fifth of Pakistan has been flooded. According to information provided by the pakistani government, this disaster killed about 2,000 people and directly affected 20 million people. The disaster left thousands of dead bodies and $ 136 billion in property damage.

After this disaster, Yardimeli decided to build a model village where people can live in prosperity in order to be a permanent aid in the Charsadda region.

Our goal was not only to provide victims with a home, but also to provide a life in accordance with Islam and based on modern values. This village was named after the Abu Ayyub Al-Ansari, the first person to welcome our Prophet Muhammad (PBUH) in his home in Medina.

Eyüp Sultan model village was built in Charsadda, 120 km from the capital Islamabad. Our village is planned with a total of 40 houses on an area of 40 decares, as well as Istanbul Shopping Center, Yardimeli Health Center, Hamidiye Clean Water Fountain, a chirpy playground, Akabe Hasan Ali Kasir Masjid and most importantly, Çağrı Primary School with all needs in mind.

Eyüp Sultan Model Village was officially opened on 11 April 2014 and homes were delivered to those who deserve it. 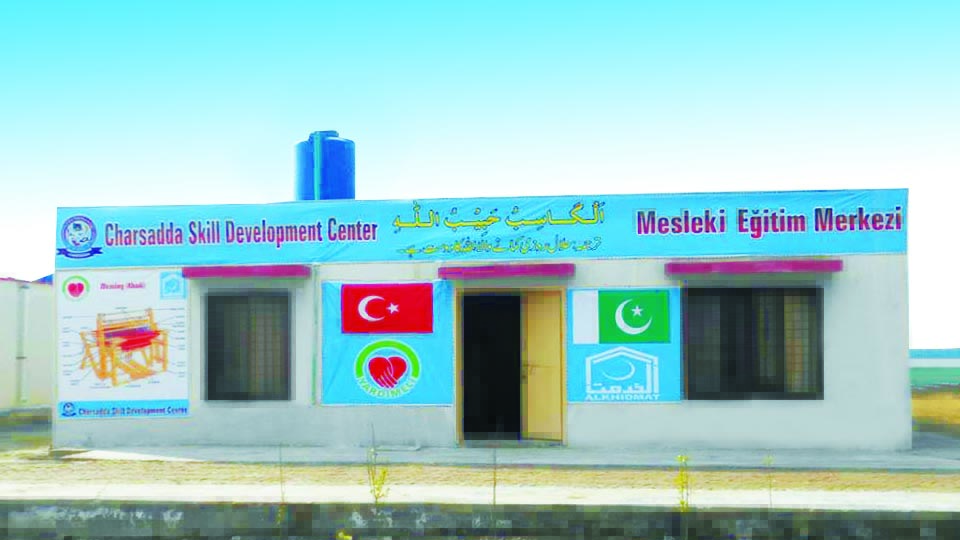 Built to meet the educational needs of the village, the school began to provide education in accordance with the educational curriculum of the region. The computers and furniture of the Çağrı Education Center which also has a computer lab and library, were provided by TIKA (Turkish Cooperation and Coordination Agency). It is planned that the education center will also serve the periods after the fifth grade, and in the future it will be developed according to this plan. The education center also teaches the turkish language.

Another important center of the village is the Yardimeli Health Center, which has a pharmacy, an operating room and most importantly an obstetrics unit. All the equipment of the health center, where a female doctor will serve continuously, is provided by TIKA. 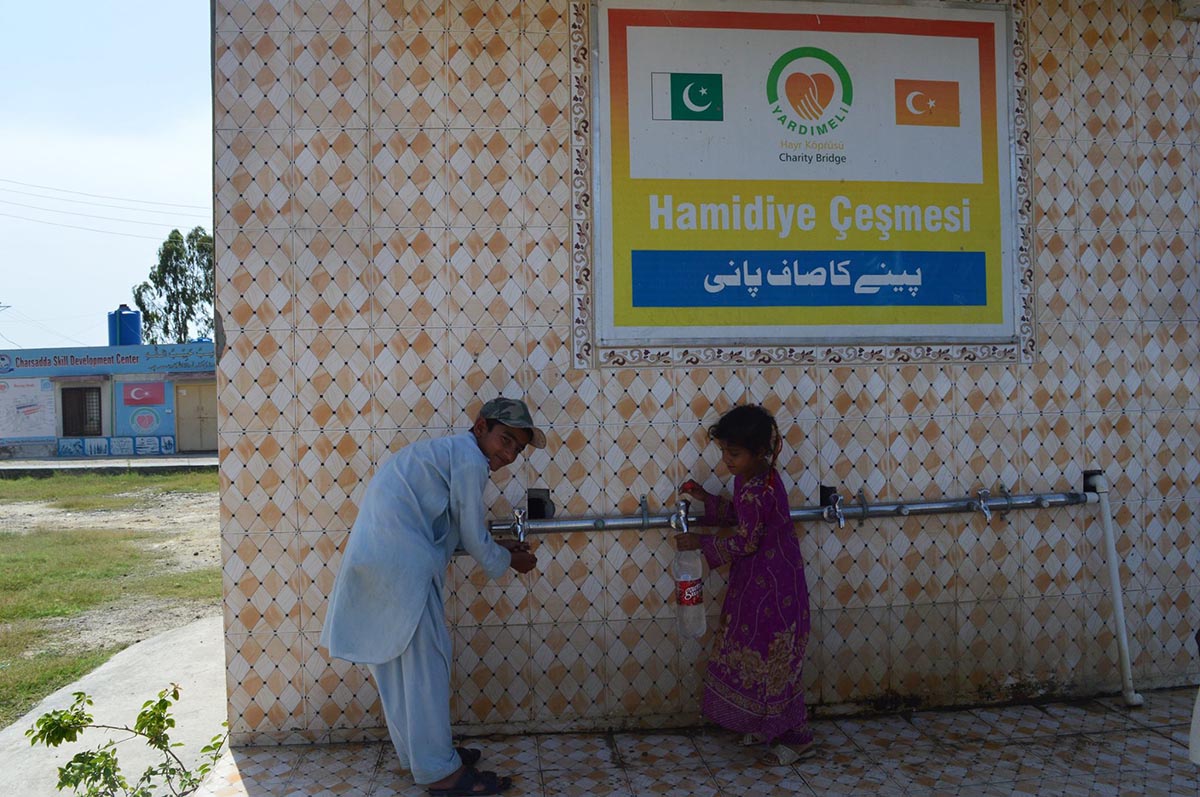 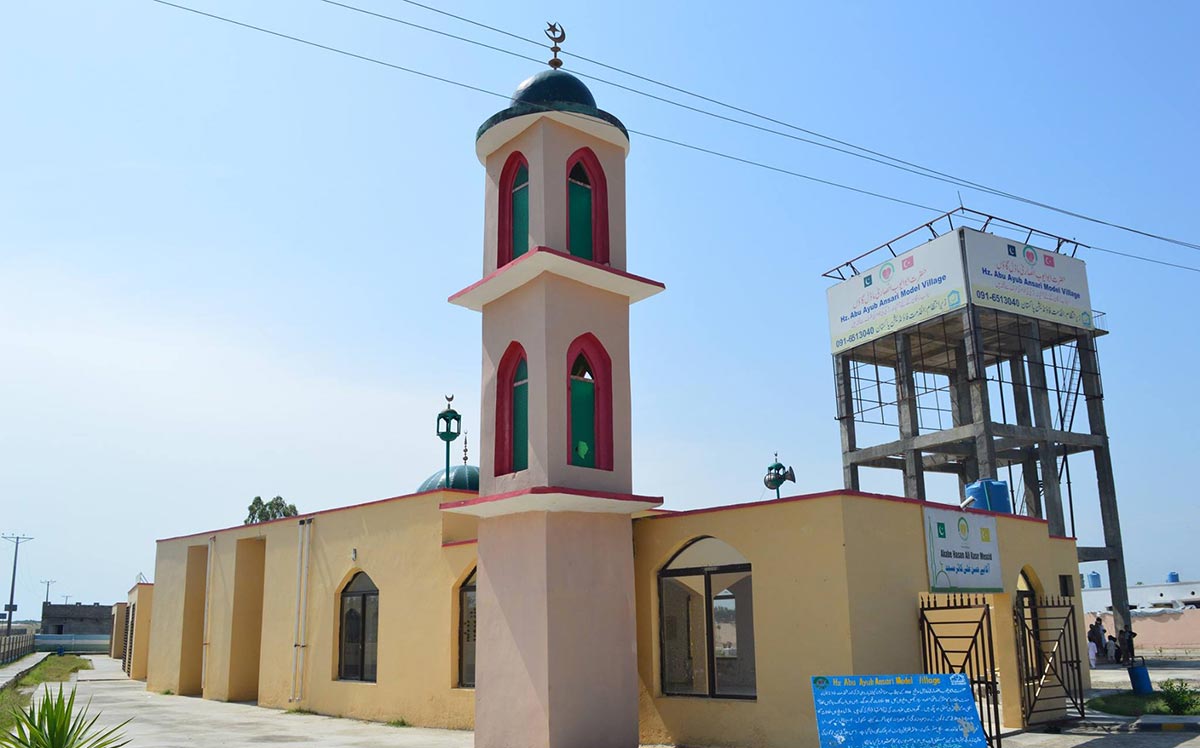 Istanbul Shopping Center will function as another important center of the village, where the villagers will meet their needs for everyday life with products from nearby centers that will be sold to the needy.

How can I contribute?

The construction work in our village has been completed for now. But there is land available to build new housing according to the demand and need. Expenses of social spaces in the village, educational expenses, medical expenses, and the expenses of orphans living in the village are covered by our donors and fraternal families.