Our work in Rohingya camps are still continuing…

As part of ongoing humanitarian work and projects in camps in Bangladesh and Arakan, the General Director of Yardımeli went to the region to conduct on-site inspections and deliver the charities to the right owners.

Although local partner institutions and working teams in the region continued their projects and activities without interruption, visits to areas that could not be visited due to the pandemic began.

The ongoing food aid, water wells, the construction of mosques, monetary and in-kind support, educational support, micro-finance projects within the framework of the egg chicken project and the Arakan House Project for housing needs were examined on site in Bangladesh an Arakan Refugee Camps, new projects were started, fraternal families were visited and their gifts were delivered. 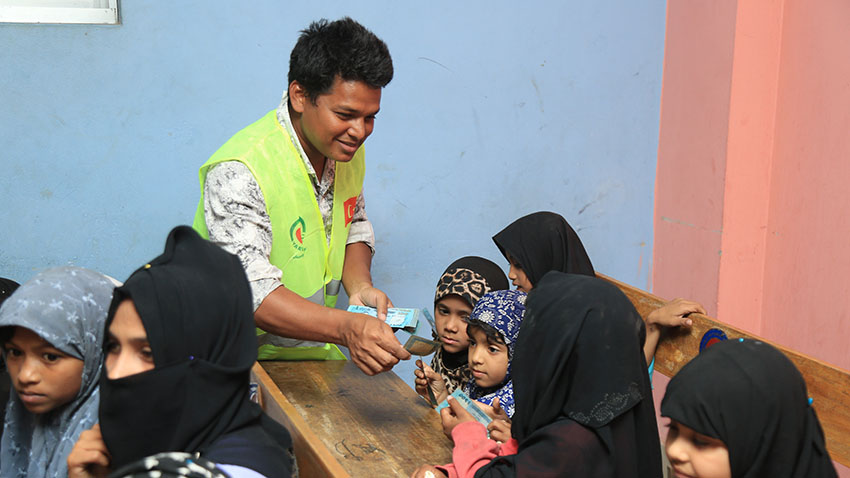 The drama in the Arakan camps continues in the same way. Houses created with shrubs, twigs and tarps are unfortunately in a weathered and damaged state from rain and sun. Basic needs such as clean drinking water, the problem of bathrooms and toilets, and most importantly, the problem of food and nutrition, remain the biggest problem.

As part of the Arakan House Project, construction of new bamboo houses was started, alongside the houses delivered to families. The 2 chambered bamboo houses have been a shelter against sun and rain, saving families from being exposed to harsh weather conditions. 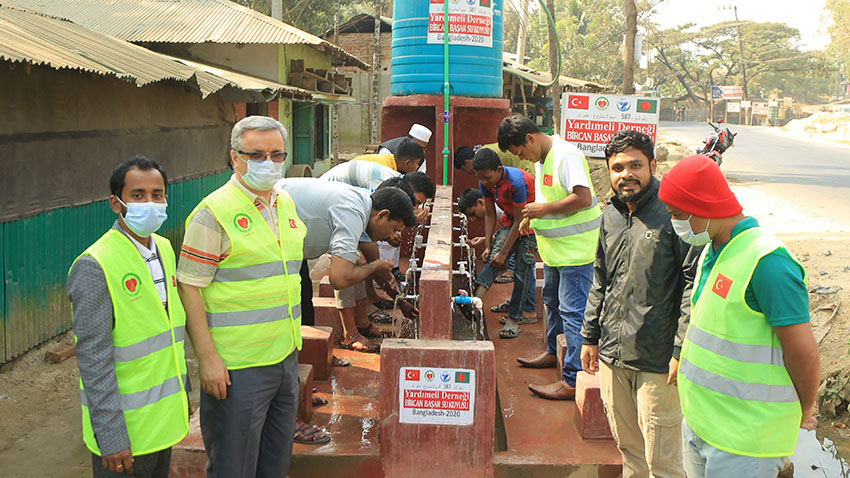 The built masjids serve a very important function in the camps. Both as a place of worship and a place of education for children and adults, as well as a gathering center used for meetings and consultations, it was offered to the residents of the camp. Imams assigned to the masjids and whose needs are met by Yardimeli are also responsible for the maintenance of the masjids, as well as education and training.

The Egg Chicken Project, which offers both a livelihood and an opportunity to engage families within the framework of micro-finance projects, is one of the projects that has been successfully continued in the camp environment. Families are offered the opportunity to contribute to the family's budget with 5 chickens and 1 rooster. They can benefit from their meat and eggs, as well as gain commercial profit by reproducing them.

It's hard to describe the drama in the Arakan refugee camps. Basic human needs and difficulties, unfortunately, are growing a little more every day.